Yesterday was so amazing. And today is hard.

PT this morning was good. Bittersweet. I don’t have any more scheduled appointments with Eliott and I don’t know if I will or not. Gotta see what my doc says about next steps with my arm marbles. But he gave me a bunch more stretches to do and this amazing book of myofascial stretches. I’m so grateful.

And then I had to bring my Mouse to the vet to be put down. That one is hard. His tumor got so big. It was bigger than his head and he hated it and scratched at it and the poor thing. But also he was still so active and I feel terrible that I had to end the active part to be able to end the painful part.

So then when I got home I kinda threw future/ideal me out the window and cut myself a break. And didn’t fuel my body the way I would on other days. These things happen. I ate a few potato chips with homemade frosting and moved on.

Today was a day.

My ferret had seizures all morning and screamed this scream. It hurts too much to think about. After calling many vets, I finally got him in somewhere. I texted R and she was good to not come. I called S’s school and he came out to say goodbye. L fell asleep on the way there, which was good because the 15 minute cat nap was just the thing to make him L again, after a crazy morning.

Spike’s seizures never stopped. Even after they gave anti seizure meds. She found a thumb size mass in his abdomen. He was in so much pain. He was in the lifespan range. And the only kind option left was to put him down so he wouldn’t be in pain anymore.

And I did this all with a 3 year old.

I cried. Obviously. And he made his concerned face, which, to the untrained eye is a glare, but is just him processing.

After they sedated Spike and left the room (by the way, the nurse and doctor were the kindest, nicest people I have even encountered), I asked L how he was. He said, “I a little sad” and I told him it was just right to be a little sad and he said “do you want to be sad together?” and I said if we have to be sad, together is the best way to do it.

You were very loved, Spike. I’ll look out for your sister. Rest easy. 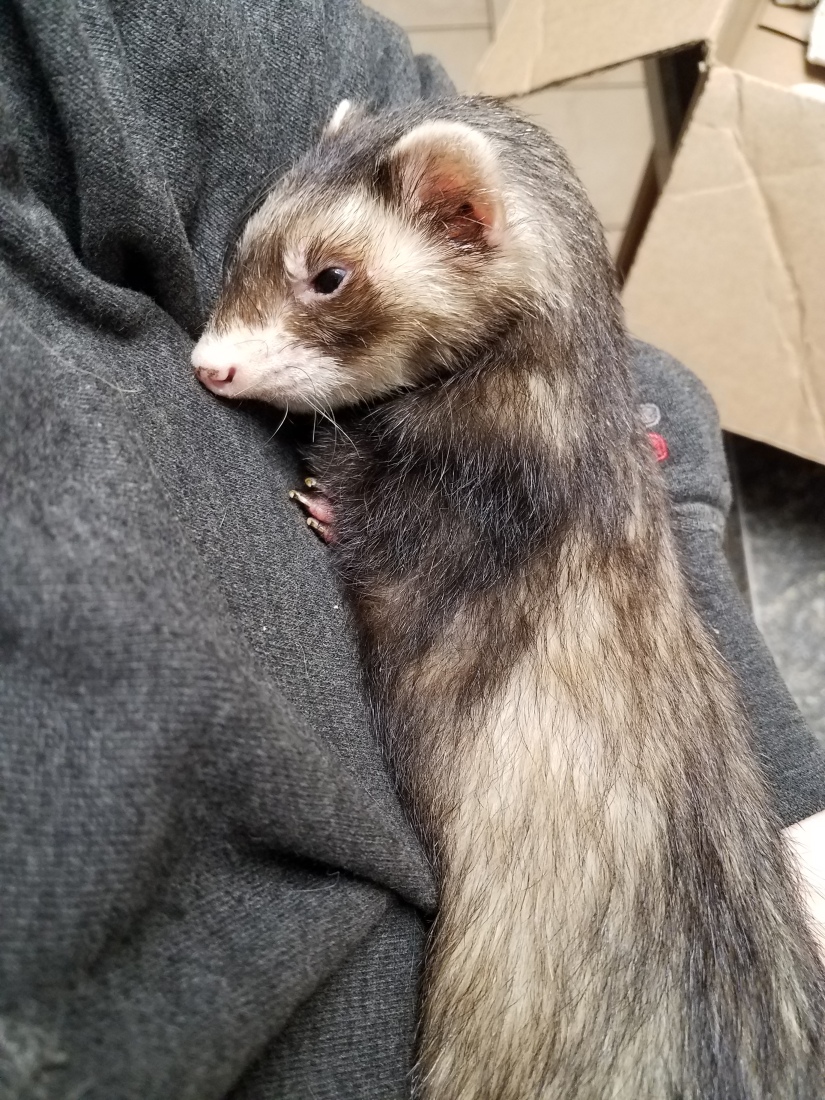 I’m pretty sure the dog loves me the most because I let him lick my feet.